Hi, I'm Mrs. D from Reading with Miss D. Let me tell you a few things about myself.

-I am a certified teacher in two provinces and one state.
-I went to the University of Maine at Presque Isle, finishing my student teaching in December 2004.
-After cross border red tape, I was certified to teach at home in Nova Scotia, where I was a substitute teacher for just over three school years until June 2008 in Halifax/Dartmouth.
-I was getting really REALLY frustrated with the lack of teaching jobs locally, so I started to look across Canada. That summer I landed a job on a native reserve in Northern Manitoba, where I taught for two years, the first in grade 3, the second in grade 2.
-At the end of those two years, I came home when my contract was not renewed and tried to find an impossible to find job. Midway through the year I was offered a maternity leave for the remainder of the school year in a local private school, teaching grade 1.
-Just before the new school year started I was contacted by my principal and informed there was no position for me this year. I was devastated, but I took a job working in retail.
-I got married in August 2011!
-I had our first daughter in February, and thanks to Canada's maternity rules, I am staying home with her until  February roles around again, at which point I will return to my retail job, but will begin searching for another impossible to find job for the next school year.
-While on leave the last four months I have become a Pinterest addict!

Now on with my pins!
It's really hard to pinpoint my favourite pins, especially when I have this many, and growing everyday.

My current obsession for school is my Imaginary future classroom theme. My first year my theme was Smileys, as Smiley was my maiden name. My students literally stepped into Miss Smiley's classroom. My second year my theme was cookies, because I called my kids Smart Cookies. Neither year did I go as far with the theme as I wanted to. Last year the class I inherited was theme-less. Very sad. I plan to do better next time. Click on the picture to go directly to my pinboard. Can you tell from the picture what I dream of? Superheroes! 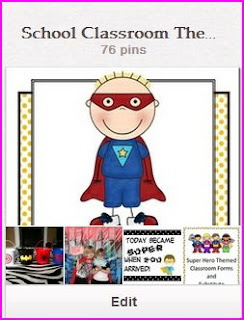 Even though it's 8 months away, I've been thinking about what my daughters first birthday theme will be. My husband loves all things country, so I decided, and he agrees, that a pink cowgirl theme would be perfect. 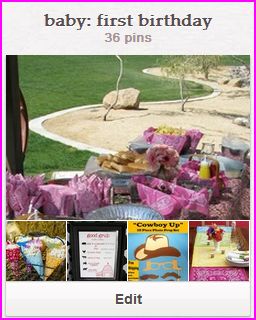 To settle my students, I used to call out "Magic Hands", and they'd sit down with their hands clasped. I love this idea from Pinterest instead, which is really an extension of the it.


Also, I love the idea of when students are raising their hands they can silently from a distance let me know what they want. I've seen several versions of posters for this idea, but I love how this teacher used cut out hands and folded the fingers to make them almost 3D.


That's it for today, I could go on for hours about my Pinterest addiction. I'll have to start looking for a self help group soon. what, that's what you're for right?
Pin It
Posted by Mrs D at 4:54 AM

Thanks for your 'pinteresting' comments :)